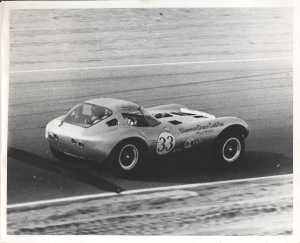 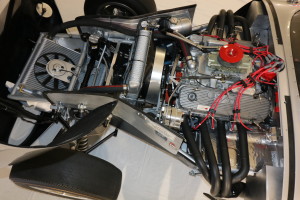 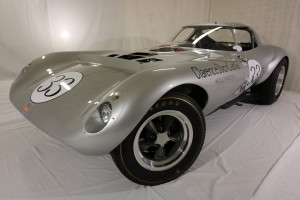 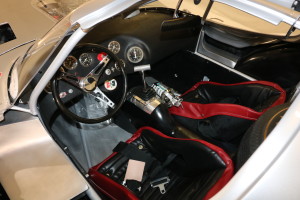 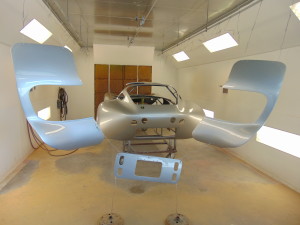 The 1963 Sebring Silver Code 941 is back on the Clarence Dixon Cadillac Cheetah after 50 years, All lettered up looks like 1965 again. The most Bad Ass 1 of 1 produced 427 L88 Cheetah on the Planet. It is an incredible to sight to see in Real Life. This Cheetah is the finest example of a Full Race Genuine Bill Thomas Cheetah. It is the #1 Cheetah to own in the World. Its restoration in the Genuine Bill Thomas Cheetah World is 2nd to None. Spectacular to see this Very Rare Beast in person.

We are so proud to have in our shop the Original 1964 Bill Thomas Cheetah I.D #006 that was sold to Clarence Dixon Cadillac of Hollywood California. This 64 Model Cheetah is the most advanced Bill Thomas Cheetah of all the 64 Models built. It was ordered brand new in Sebring Silver Black interior 327 360HP Fuel Injection Corvette Engine with the 3 long distance fuel tanks, rear tank plus the very rare left & right side tanks. Bill Thomas Race Cars added the dual air meter racing fuel injection system shortly after it was built to go Road Racing in FIA/SCCA events on the west coast. We will be posting all the Race History on the New Clarence Dixon Cheetah web page coming soon. The Oct 1965 Riverside FIA Races seen action with the new advanced Cheetah by Bill Thomas Race Cars having the new Special built 396 425HP Corvette Engine matched up with an M22 HD 4 Speed with 3.55 gear set. A front set of 65 production Corvette disc brakes were added along with the Wide body rear left & right wheel flares. These advancements were all done by the Original Manufacturer Bill Thomas Race Cars.
Yes there is more incredible big block Cheetah History with this car, we have pictures from 1967 with the 427 Alloy head L88 Bill Thomas Engine under the hood with cool clear Plexi glass hood scoop. This car also drag raced with the L88 in it Aug/Sept 1967. Road Race #’s were 33, 1, 11.
This is the most valued treasure of all Cheetahs found to date next to the 1965 Super Cheetah.
Robert Auxier of BTM learned of this very rare cat in 1993 and the owner did not have a Phone So I had to write letters to him, He would return my letters saying it was not for sale at any price. I was never allowed to see this Cheetah until Nov 29th 2014 where I made the deal to purchase it. The past owner had purchased it in 1972 and it was very rare he ever took it out. The sad part of this great story is I had to wait all these years until the owner passed away to even be able to get a look at this piece of Cheetah History.
The amazing part is that it still has its Original Bill Thomas body & the rear wide body flares, Chassis & suspension with all original interior plus the original rear alloy fuel tank among many other original components still intact today. This is one of BTM’s finest gifts to be able to unearth this Treasure and restore it. We are documenting every step of the way in restoration so that the Finest SCCA/FIA Example Cheetah gets to be set in stone in the Bill Thomas Cheetah Race Cars Book.
The Chassis & suspension and Drive line is restored. It is spectacular sight to see, 1967 Perfect M22 is restored,The original body is stripped down to bare glass to show its the real thing. Even the front aluminum air dam off the hood is Genuine Bill Thomas Race Cars, It will be painted back to Sebring silver #33.
Bill Thomas built many 396/427 mill Iron head L88 engines in 1965 & 66. In fact he built 3 for 1965 Chevrolet Impala NASCAR (65) season.

PEOPLE MAY DOUBT WHAT I SAY, BUT PEOPLE WILL BELIEVE WHAT I DO !!! 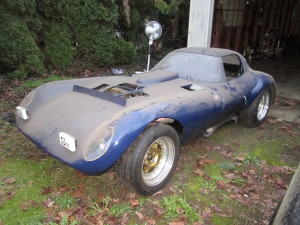 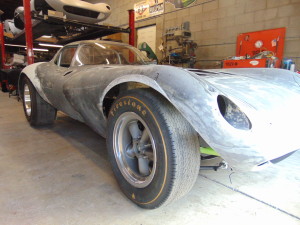