Goodwood Festival of Speed 2016 Congratulations came from Don Edmunds July 6th 2016 8:30 am for BTMLLC participation in being the first to present the Finest Auxier restored Genuine #006 Cheetah at this event. Don was hired to help Bill Thomas design and build the 2 Alloy prototype Cheetah Coupes and design he did, He drew up the wild first drawings that would wind up becoming the Cheetah Coupe design. Don was also in charge of the chassis and unique suspension design with Bill input all the way through. The funny thing was Thomas wanted the engine in the back, Don wanted it up front, GM said (no) to rear engine design in Cheetah period they told Thomas. So Thomas & Don decided to put it mid ship now its history. He then built the wooden buck over the new chassis that produced 2 Alloy bodies for car #001 & car #002. Thomas & Don Edmunds worked great together to produce one of (America’s) Coolest true Sports Car. After #001 & #002 were completed Don did work part time helping finish up #003, #004, #005 that went to Daytona Feb 1964. He was there with Jerry Grant watching him hit speeds he never seen before in Sports Car Racing. He told Grant how fast he was running 214, 215, 217, 218 MPH. The next thing he knew Grant went of the track and damaged the Yellow #17 Alan Green Chevrolet Cheetah. Don explained he just did not want anyone to get hurt in one of these Cheetahs Its just out right blistering fast even for Don Edmunds who is not easily intimidated by speed. Of coarse we all need to know Don was Rookie of the year at Indy 500 in 1957. Don Edmunds is also known World wide for his Racing Sprint Cars his company built. I want to thank Don for the help he gave me back in 1992 & 93 with Chassis drawings and body drawings, Plus he gave me copies of the entire drive line layout he was to use to build the 1st chassis. Engine trans rear end tires & wheels Etc,. and all there sizes. Very cool stuff. Don has been a good friend since the 1st meeting with him in 1992. I respect Don very much for all his Racing efforts Don deserves great Credit today for his behind the scenes work and monumental task Thomas gave him in helping create Cheetah. What A Great Time It Was in Automotive Racing History. 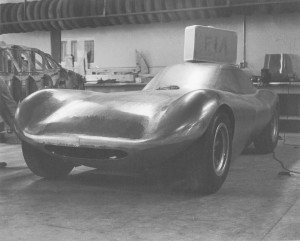 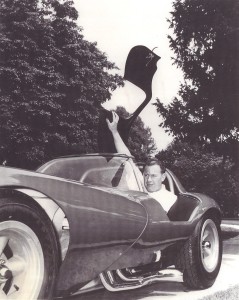