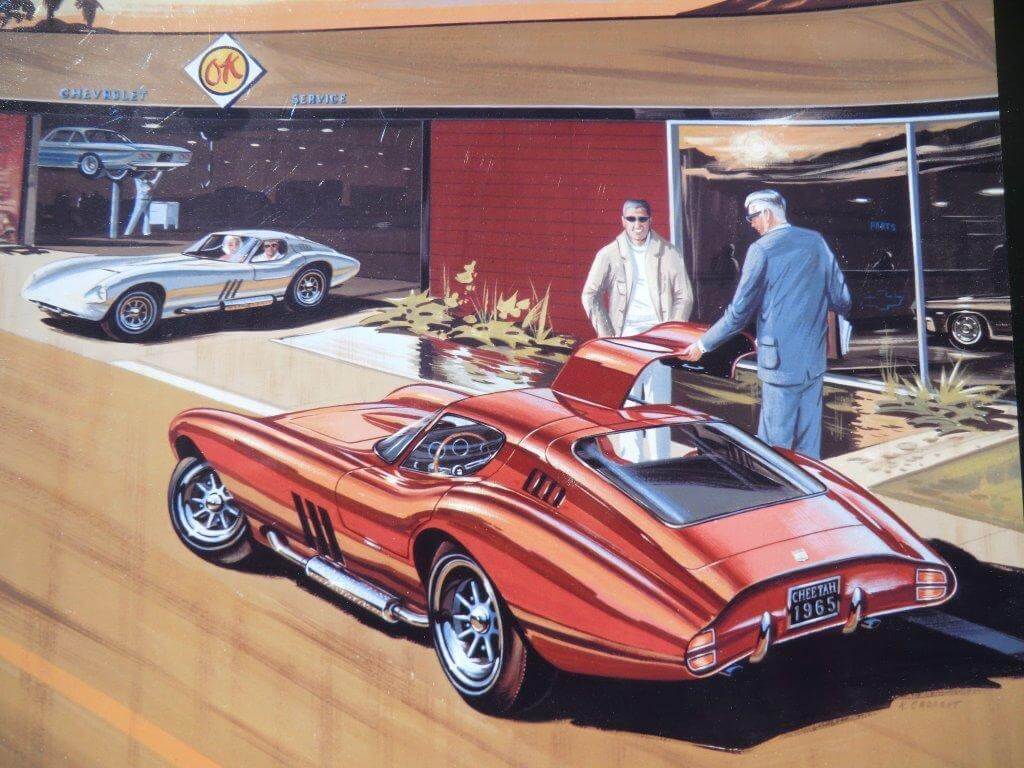 A one of a kind 1965 2nd Generation #1 Alloy Cheetah has been discovered, acquired by BTM LLC, and removed from a BARN after being stored there for 40 years! A Memphis Tennessee resident purchased it in August, 1971 from Don Edmunds. This is the RAREST CHEETAH ON THE PLANET! It was picked up at Don Edmunds California shop and towed to Memphis TN where it was stored and never touched. 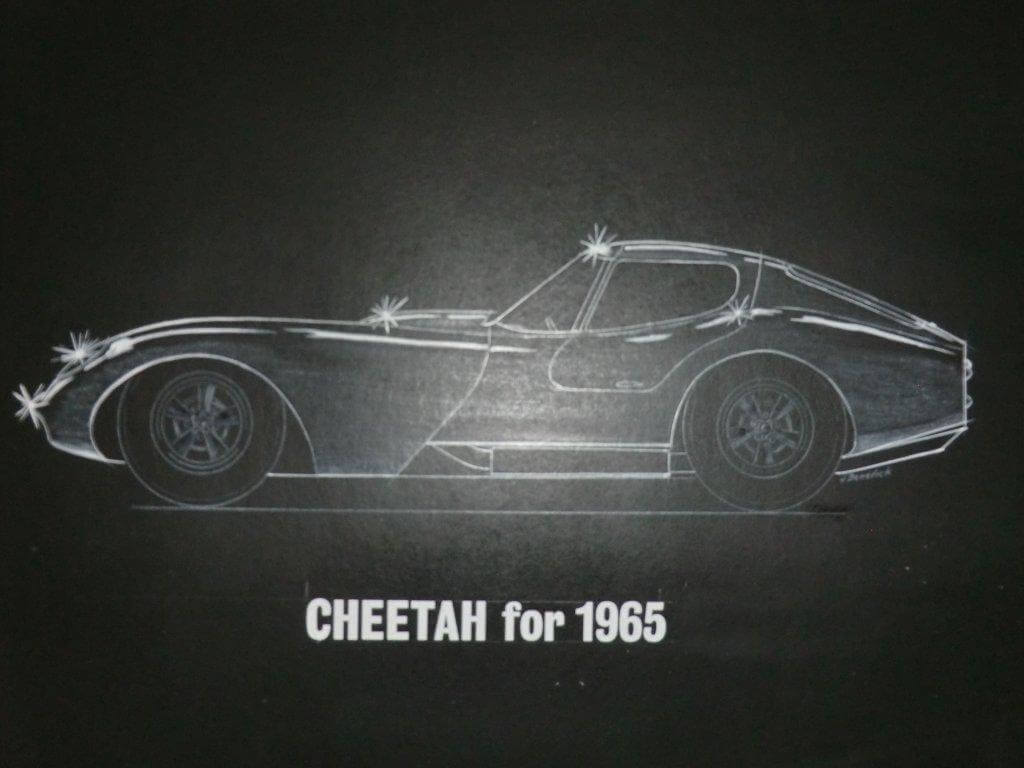 This 1 of 1 Cheetah proto-type was to be the new 1965 improved street Cheetah with rumors of going to Le Mans (FIA event). Work started on the new 1965 Cheetah early in 1964. New improved 1 off 4130 c/m space frame was produced with changes needed after Chevrolet evaluations June, 1963 through June 1964, testing at riverside with Bob Bondurant, Jerry Titus, etc. Also results from a number of road race events. The 1st change was a wider interior dimension for driver comfort and 2 inches more foot pedal room side to side. Steering rack-and-pinion moved to rear steer. The front frame section had 7 degree's built into it. Front shock tower area had new diagonal tubing installed to limit chassis flex. Front upper and lower a-arms now have ball joints. Rear chassis area is larger for more fuel capacity, etc.

The 1965 alloy body is in amazing condition, work was started early 1964 with wooden body buck made to produce new wider-longer style Cheetah. Well here is what will drive all the cheetahs collectors and enthusiast a little crazy. Chevrolet terminated the Cheetah project may, xx, of 1964. By this time Bill Thomas Race Cars had built 2 1963 alloy body 1st generation Cheetahs #001 and #002, Chevrolet evaluation list testing was completed on #001, when Chevrolet was done with #001 Bill Thomas bought it back. The #002 cheetahs body was wrecked at riverside and re-bodied in fiberglass, the only aluminum body parts that exist from that wreck are the left and right alloy doors with a little riverside red paint on the underside. By this time they had built 2 1964 Model Aluminum prototypes #001 & #002. Chevrolet did an Evaluation of #001 at Riverside with Frank Winchell there. Shorty after the Evaluation, Thomas entered it into the Times Grand Prix where it was damaged in practice and could not start the race. Thomas informed Chevrolet Frank Winchell Bunky Knudsen and GM President John/Jack F. Gordon they would be delivering the #002 Aluminum prototype to the Chevrolet Engineering Center in Dec 1963. CEC would be the 1st owner and use #002 Prototype as a TEST MULE from Dec 63 Through April 64.. Forward to Feb 64 Titus would wreck the #001 Aluminum Prototype and it was totaled. Thomas used pieces from this car to assist in producing 1965 Super Cheetah Bonnet Cowl Roll Bar. #002 was purchased back from CEC Funded by Thomas Friedkin it was raced a few times and then damaged at Riverside and what ever good aluminum pieces were usable were then also used to finish the body of the 1965 Model Super Cheetah. Interesting new research shows a 3rd 1964 model Aluminum body was produced also. It was used on the #003 Alan Green Daytona car briefly for testing #003 at Riverside. But removed after #001 wreck. 3rd Aluminum body was used on #001-#002-#003 and Super Cheetah. Yes this is incredible history. With again the Financing from Thomas Friedkin #002 was rebodied in fiberglass and turned into Full Competition Cheetah. White #58 and entered at the Oct 1964 Riverside Race. As the Hurst Special.

So restoration will restart on Super Cheetah in 2021.